I got interested again in Día de los muertos when I saw the popular tv-show Breaking Bad on Netflix: Walt, the main character, kills Tuco, an important drugdealer in Albequerque, the city in New Mexico, U.S.A., where the show is situated. (to Dutch version)

Two cousins of Tuco from Mexico come to Albequerque for revenge. They wear boots with a skull attached to the nose. They visit a small voodoo-altar before they travel to Albequerque. 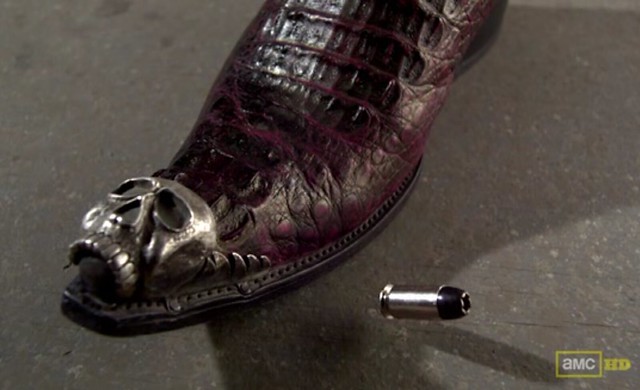 The boots and the altar reminded me of scenes from Under The Vulcano, a movie based on a book by Malcolm Lowry, that I read twenty years ago.

Under The Vulcano is situated in a small Mexican city during the Fiesta de los muertos, a two day fiesta in november, honouring the dead. The main character in the movie, the local British consul, drinks himself to death during the fiesta.

Although I’m not a religious person I have always had a fascination for latin-american and (catholic) south-european customs and holidays. I once saw an impressive documentary about the processions in Spain during the Semana Santa, the good week before easter. I was pleasantly surprised when I came across one during a short visit to Barcelona some years ago. 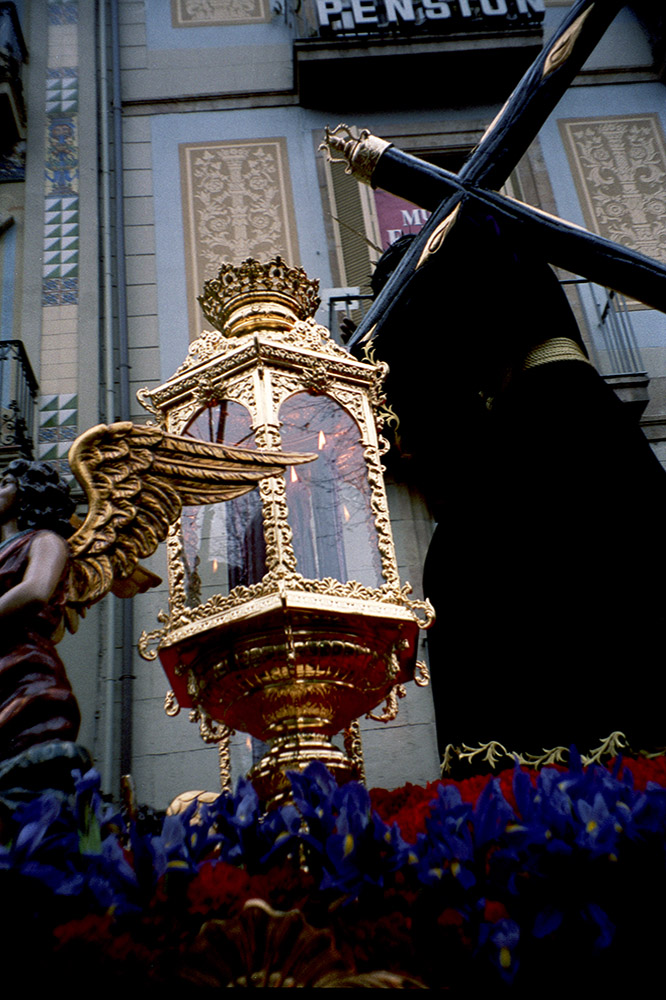 Earlier, in 1996, I was in Louisiana, the state in the US not only famous because of cajun, crawfish and Tabasco, but also because of voodoo. In New Orleans I visited the Voodoo museum and although I am not into occultism, it fascinated me. 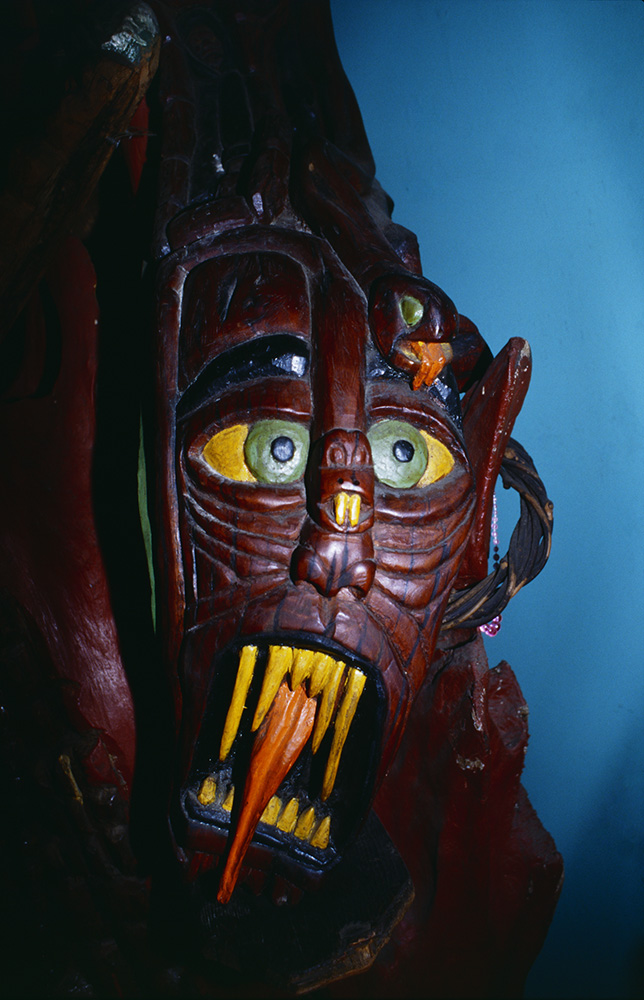 Where does my interest come from? One reason can be that I think it is still a pure and deep belief, as opposed to for example christmas and easter in The Netherlands. Those holidays are mainly about eating and presents. Belief is pushed to the background. But I also think that fiesta de los muertos is less commercial than for example halloween.
A third reason can be that, as a graphic designer, I am attracted to the very rich visual culture that surrounds the fiesta de los muertos. Many announcements, like flyers and posters, are visual highlights by the way colour and images are used in a very graphical way. 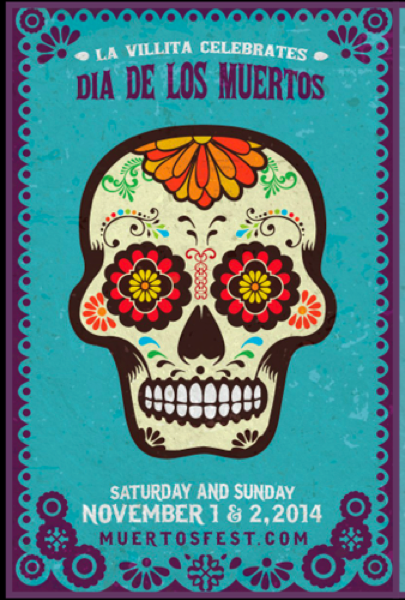 Almost the same time that I watched Breaking Bad I read a blog about fiesta de los muertos on Dorsoduro.nl, a Dutch website about culture and art. There was a link to a song on YouTube from a German band of Cologne, Kasalla, in which everyone is dressed up as participants at the fiesta de los muertos.
Although the fiesta has not much in common with the Dutch carnival, they are both joyful events and everybody is dressed up. On the internet I found some beautiful examples. I collected a selection on Pinterest.

Music: clip from Lilly Wood and the Prick – Prayer in C on YouTube.

Go to the Dutch version of this page. 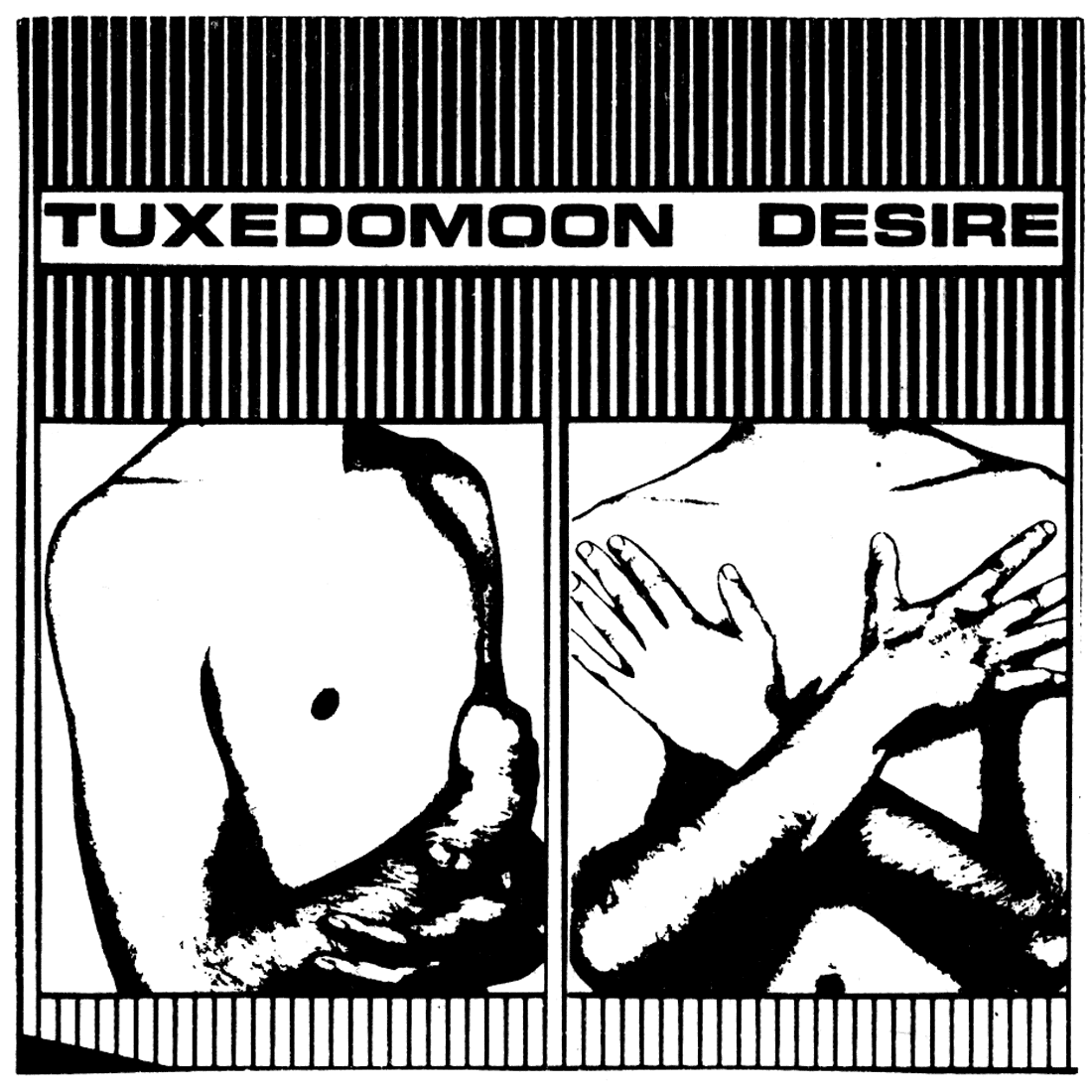